A sad day… just found out that my second home for most of the 80s and 90s, Jillys Rockworld (Rock World ..?), closed its doors for the final time last month – Jillys is no more.

On countless nights my bike (there were many) was parked on the pavement under the watchful eyes of Danny, Scotty, Sarge and the other rather intimidating yet pleasant chaps on the doors – mostly recall Scotty as only guy I knew who ever owned a rotary engined Norton, which proves that despite being as hard as f@*! he obviously had a sense of humour.

Not being much of a drinker, going on the bike never presented any difficulties – The Swinging Sporran first for a pint of Orange, The Salisbury and then on to Rockworld to spend most of the evening throwing my 17 stone 6ft 4 frame around the dance floors, long hair whipping in a frenzy.

A constant stream of people who I counted as friends but have, alas, not seen or heard from for many years – Shaggy, Val, Tracey, Goose, Andy, Siobhan (Chev the DJ), Neil the Pot Collector, Sue the Librarian and many, many more. I can vividly remember the first time I went (1983..?) – pounding rock music getter louder as I descended the stairs and rounded the corner to be greeted by a sea of strobe lighting, waving hair, sweat, stage-smoke and Ronny James Dio blasting from the 8 foot tall speaker stacks at the end of the floor (where I used to hang out, mostly). I felt like I was home..!

Jillys had just moved to the basement of the Oxford Street venue when I started going in the early 80s, then around 1990 it was extended to upstairs as well (taking over what had previously been Fagins) and renamed ‘Rockworld’. It was the primary ‘alternative’ nightclub in the North West (I’m not counting the Banshee, Phoenix or friday night at Maxines in Wigan) – the next closest of any size being Rock City in Nottingham (used to go there if I fancied a good long ride, but it lacked Jilly’s atmosphere).

I thought it would never end, but it did… and now it has ended for Jillys too.

So… farewell then, Jillys – you were a part of my life and the cradle of many happy memories.

I have been advised that there is a Jillys Rockworld Facebook page where a lot of the old Jillys crowd keep in touch… Generally only use Google+ for social networking (there should be a link at the top of this page) but may set up a Facebook account and take a look. Surprisingly this article gets hits from all around the Globe, and not just Manchester – never would have guessed that Jillys had as profound an effect on many other people as it had on me..! 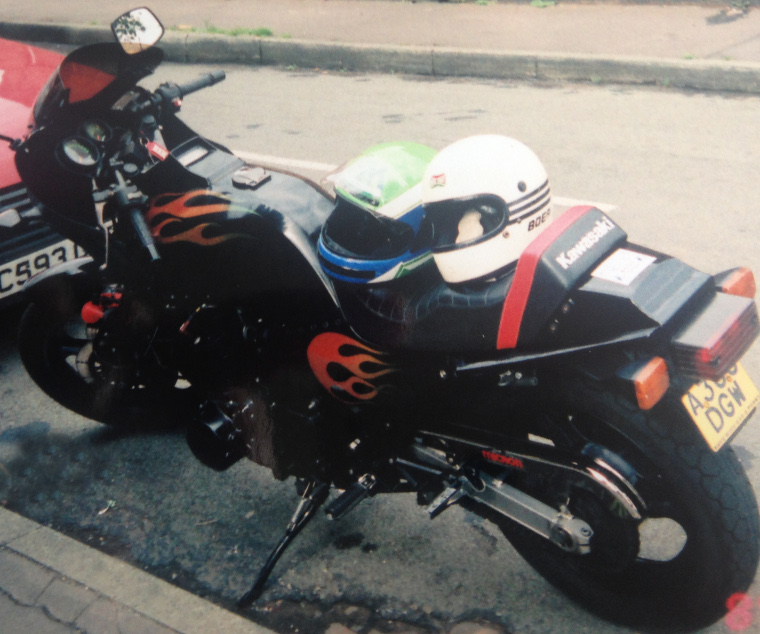 RIP To my old best buddy who, God bless him, used to forever be getting himself into all kinds of trouble that I’d have to pull him out of – Glenn Kinsey.

Found out he was killed in Stockport many years ago by a drunk driver. Glenn had a razor sharp wit and was a major pain-in-the-arse who will be missed by all who were honoured to know him – if his kids ever read this, ‘Uncle Cyclops’ sends his regards.

Sympathy also to Ian Forrest, our former boss and friend from G.U.S.

For the forseeable future I’m working in the heart of Manchester – half way between the old site of Jillys and the Swinging Sporran, just round the corner from the Salisbury. It’s a strange sensation pootling past the old stomping grounds on the Rocket – don’t get me wrong, things are good now… but back then they were somehow more care-free..!

The Swinging Sporran is now called ‘The Retro Bar’ – have yet to pay it a visit – not sure if I want to.

9 comments to “So Farewell to Jillys then… (Rockworld Manchester closed)”